Engine Oil Additives – What You Need to Know 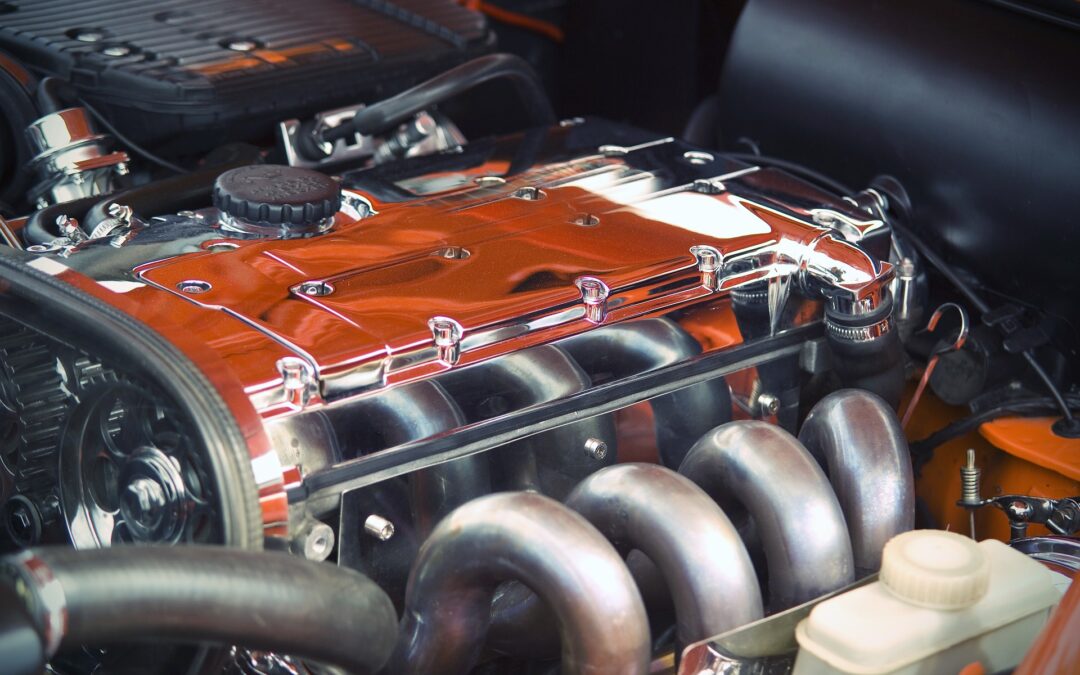 One of the most important parts of taking care of an engine is making sure you’re using the right kind of oil for it. Oil formulas can vary widely, so knowing the function of certain ingredients can go a long way to helping you understand what formula is best for your engine. The influential ingredients in engine oil are the engine oil additives. Additives can improve or hinder the performance of your engine, so it’s important to understand what they do. In this article, we’ll be going over the function of the most common engine oil additives so that you can pick the best formula for your engine.

What is Engine Oil? 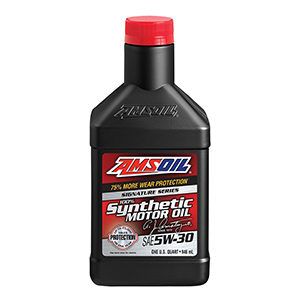 Very basically, engine oil is a lubricant designed to help an engine run smoothly. Depending on what type of engine you have, the type oil you’ll need will be different. Engine oils are designed to reduce the wear-and-tear on a machine caused by the metal parts rubbing against each other. Formulas are also enhanced with additives to increase its performance and longevity. Most of the time additives work to reduce oxidation, act as a cooling agent, reduce friction, etc. 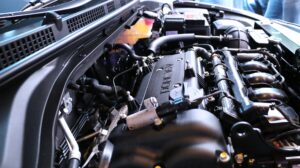 To maximize the service life of your engine and motor oil, choose an advanced engine oil such as offered by AMSOIL. Their chemists utilize the finest engine oil additives on the market.

Engine oil formulas are made up of two main components: base stock and additives. The exact formulas will vary based on what type of engine the oil is designed for. Engine type will have the biggest impact on oil formulation because different mechanics create different internal operating environments. For example, a two-stroke engine vs a four-stroke engine have different mechanisms, and therefore need different oil formulations. Now, Let’s go a little bit more in depth with what exactly goes into making a quality motor oil. 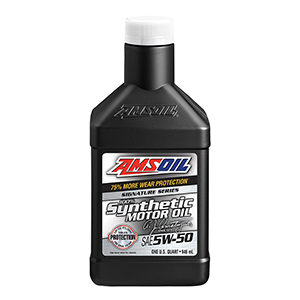 The base oil formula is the main component of an engine oil formula. The base oil controls a few key aspects of the formula including oxidative stability, soot-handling, viscosity, solvency, and volatility.

Oxidative stability controls how long the oil lasts. Oxidation is the process by which the oil’s compounds decay, so an oil with a high oxidative stability will break down slower. A stable oil normally uses saturated hydrocarbons (long chains of carbon with the most hydrogen possible) which are more resistant to decomposition. Synthetic oils like AMSOIL engine oils are some of the most resistant to oxidation, making them very long-lasting.

Soot-handling is a term used to describe what residue an oil leaves behind inside the engine. It’s closely related to viscosity which refers to how thick the oil is. A thicker oil, like one with a similar consistency to syrup or molasses generally has worse soot-handling than a thinner one that moves more like water. The thicker oils are more likely to leave soot behind as they move through the engine, making it more likely to build-up and cause damage. Solvency also plays a role in this, as it determines how an oil reacts to particulates. A low solvency means more particulates will be left behind. 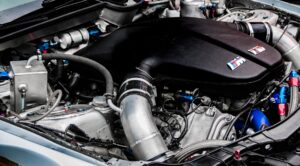 The last major element of a base oil formula is the volatility. This refers to what temperature the oil will start to burn off at. An oil with a low volatility will have a very high evaporation temperature which an engine is less likely to reach. More volatile oils will burn off at lower temperatures, generally making them less favorable.

What are Engine Oil Additives? 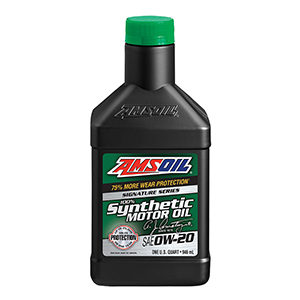 Engine oil additives are chemical compounds that improve the performance of motor oil. These ingredients change how an oil functions in ways that changing the base oil formula can’t. They are also typically in charge of the finer details in a formula, rather than the core purpose of lubrication. Generally speaking, they help the base oil perform to its maximum capacity. Additives can vary widely and knowing they’re purposes can help you pick the best one for your engine.

They come in two types: inert and active. Inert additives don’t interact with the engine chemically, they only change the physical characteristics of the oil. Active additives, on the other hand, do interact with surrounding compounds, like those on metal surfaces in the engine. 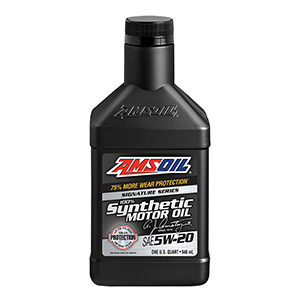 Solvents are used in two-cycle engine oils to make sure that the fuel mixes with the oil efficiently. This affects the viscosity of the oil, as well as its lubricating properties. Too much of a solvent, however, can make the oil too thin and weak, or make it a poorer lubricant. 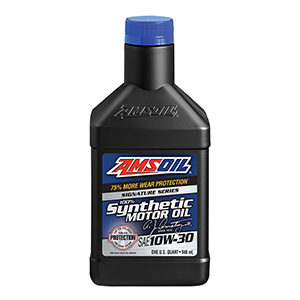 When it comes to an oil’s lifespan, oxygen is public enemy number one. When oil compounds are allowed to react with oxygen, they break down quickly. The reaction is also accelerated by heat and can cause components to stick to the inside of the engine. The residues left behind can be corrosive as well, leading to even more damage. However, antioxidants can be added to the formula in order to prevent this. Ingredients like sulfur and zinc can slow the reaction considerably, making the oil last much longer. 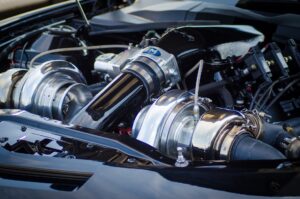 Anti-wear agents are chemically active agents. They react with metal surfaces in the engine to prevent wear-and-tear. The exact process is too complicated to get into here, but the result is a protective film coating the inside of the engine which protects it from residues and damage caused by friction. This is especially important for preventing damage that comes from metal-on-metal movement. Friction between metal joints can cause damage to the engine quickly, but the film created by anti-wear additives can reduce the strain in the engine. 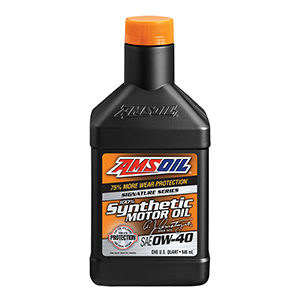 Corrosion is the reaction between metal and oxygen which causes a chemical breakdown. It degrades the metal making it weaker. In engines, corrosion causes rust, or oxidized iron. Additives like sodium sulfonate can help mitigate this. They act by forming a layer between the engine and the air, preventing the oxygen from reacting with the surface.

Since a corrosion reaction requires an outside compound to ‘activate’ it, these layers also seal out water and other potential contaminants. In some formulas, the corrosion inhibitors also work to neutralize corrosive acids. 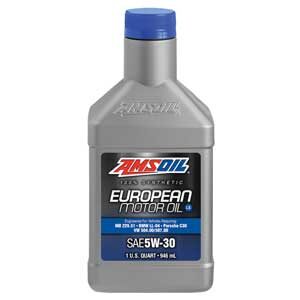 Seal conditioners are used to seal materials to prevent damage and leaking. For example, a valve seal. Valve seals are used to keep oil in the right parts of the engine at the right time. Quality Sealants are very important to control how much oil the engine is using. If the seal is cracked or brittle, excess oil can slip through, meaning the oil will have to be topped up more often. 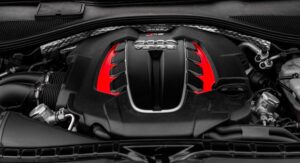 Friction modifiers are used to modify how sticky the oil is. Generally, the less sticky an oil is, the better the fuel economy of the engine. This is why the most popular friction modifiers for car engines make the oil more slippery rather than sticky. 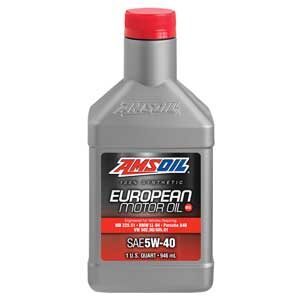 In a moving system like an engine, gasses are being mixed with liquids. This would normally generate bubbles or foam in the liquid as the gas tried to escape. In engine oils, however, anti-foam additives are added to prevent it. These additives reduce the surface tension of bubbles, making them much weaker and easier to pop. Generally the pressure inside the engine is enough to pop the weakened bubbles. 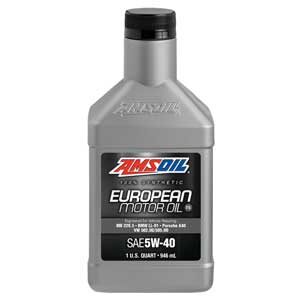 Detergents and dispersants are two peas in a pod. They both help keep particulates from building up on engine surfaces, but in slightly different ways. Detergents help keep particles suspended within the liquid of the oil. That way, they don’t have a chance to stick to the metal surface and create a sludgy build-up that would damage the function of the engine. They surround particles with a layer that is unable to bond with the metal in an engine and therefore unable to stick to it. 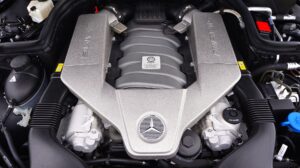 Dispersants, on the other hand, keep the particles evenly dispersed within the oil. When they’re unable to form heavy clumps, it’s easier for the detergent to keep them from dropping out of the liquid. Both of these ingredients are crucial to the longevity of both the engine and the oil. Sediment build-up can seriously impair the function of an engine, and it will mean the oil has to be changed more often.

The Downside of Additives 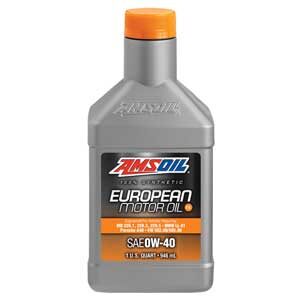 Of course, nothing is perfect and adding additives to engine oil has its limitations. The downsides of engine oil additives are sulfated ash, phosphorus, and sulfur.

Sulfated ash is formed when metallic compounds are burned. Most commonly these compounds are in the anti-wear, corrosion, and soot-handling additives. If left unchecked, it can cause blockages in the engine, making it burn more fuel while generating less power.

Phosphorus is used as an additive for its antioxidant. However, if ZDDP is also used in the formula, a problem arises. ZDDP requires a catalyst, or “trigger”, in order to be effective. Phosphorus can also react with the catalytic converter, effectively poisoning it and making the ZDDP inert.

Sulfur has plenty of uses in motor oil formulas, however it also has some downsides. Because of its structure, sulfur is easier for catalyst compounds to react with than the ones they’re supposed to react with. Like with phosphorus and ZDDP, this can make the compounds effectively inert.

What Kind of Engine Oil do You Need? 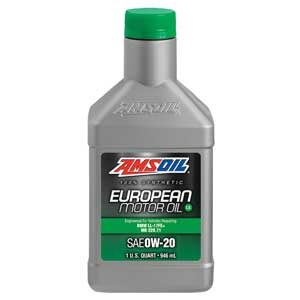 The exact formula of engine oil you’ll need will depend on what type of engine you’re working with, as well as what kind of performance you want. We’ll go over a few types of oil formulas now, so you can see their pros and cons.

High viscosity oils are ones that flow easily. They have better load-bearing ability than low viscosity oils, but they are worse at cooling an engine and they generate more liquid friction.

They work best at low speeds, and especially in high pressure and temperature situations. Machines that need to move heavy loads at low speeds are often best suited with a high-viscosity oil, but they may be less practical in less stressful environments.

They’re especially not well suited for cold weather. When they encounter cold temperatures, high-viscosity oils will thicken and not be able to sufficiently lubricate the engine. Temperature can also affect how effective the additives in the formula are.

Low-viscosity oils are better in low-temperatures than high-viscosity ones, but they also have less load-bearing ability. They’re more ideal for high speeds because they circulate through the engine faster. This also gives them a better fuel economy. 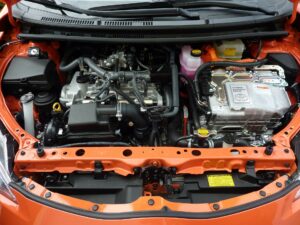 They’re generally good coolants, but that comes at the trade-off of not functioning very well at high temperatures. This is because they can’t offer any high-temperature protection for the engine. 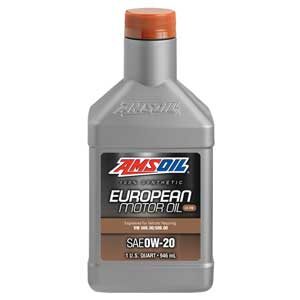 Multigrade oils are a combination of high and low-viscosity oils, made to take advantage of their best traits. They are the most popular engine oil used in the United States. Here are some of the key advantages to multigrade oils that make them so popular:

Pure synthetic oils are generally recognized as some of the best in the industry. If you’re looking for somewhere to start, I’d recommend the premium one from AMSOIL. It has superior antioxidant properties and works well in both diesel engines and gas engines. 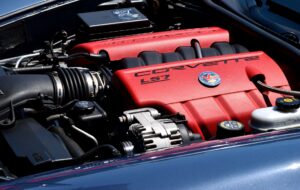 When you are looking for an engine oil, it’s important to know what type of engine you have and what its needs are. I hope this article was a helpful guide to some of the ingredients and additives in modern engine oils. Thanks for reading and I look forward to sharing some more tips soon!