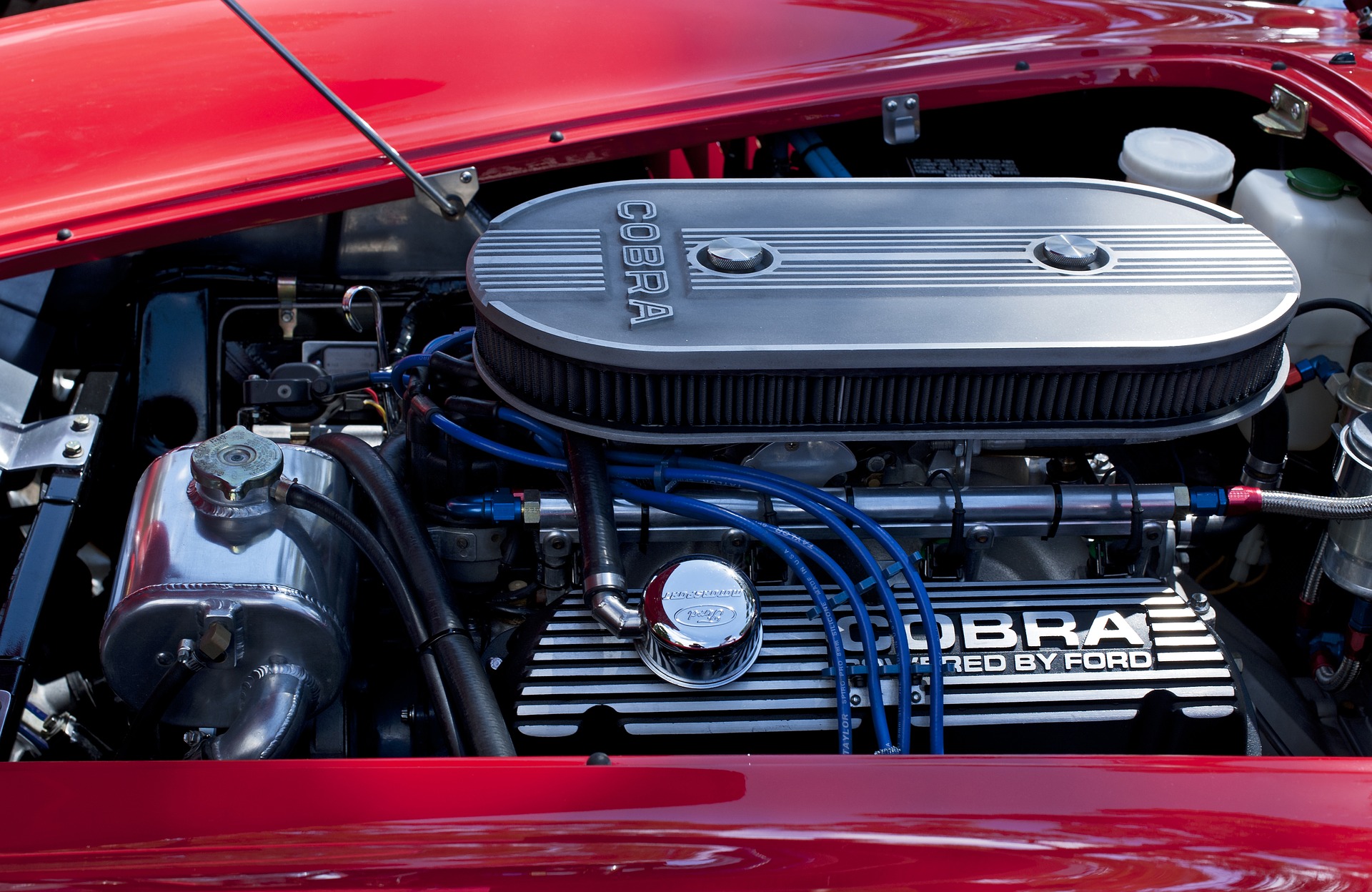 Older vehicles such as classic cars and hot rods should be using motor oil formulated with zinc. What is a motor oil that contains high amounts of zinc? ZDDP, scientifically known as zinc dialkyldithiophosphate is the most commonly used zinc-based additive. Its function is to prevent engine wear. It is considered an anti wear agent. Its secondary yet still useful function provides oxidation and corrosion protection. In this blog post, we’ll discuss the best AMSOIL motor oil with zinc for older cars that you can use to get the best possible performance out of your favorite hot rod! 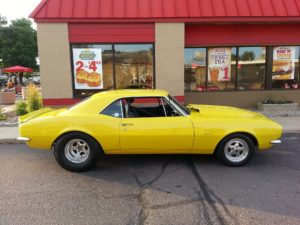 Zinc and phosphorous, both components found in ZDDP, were found to be harmful to catalytic converters. Because of their negative effect on catalytic converters, they have been phased out in recent engine oil formulations. Unfortunately, the vast reduction in the use of ZDDP in modern engines has caused problems for classic car enthusiasts. 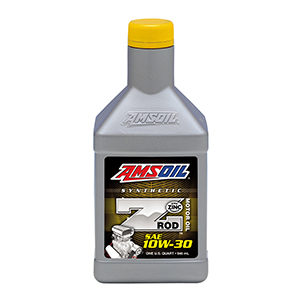 Many older vehicles that have been designed with flat tappet camshafts have especially seen abnormal wear. Flat tappet camshafts that also utilize high tension valve springs that create high contact pressures have shown unwanted wear because of this reduction in zinc levels. Engine builders and motor heads should seek out engine oils formulated with high zinc and phosphorous levels. These higher ZDDP engine oils will provide the best possible protection for flat tappet cams, lifters, and other critical parts during initial break in, engine startup, and long term usage.

If you are looking to give your favorite hot rod/classic car the best performance possible, AMSOIL’s Z-ROD Synthetic Motor Oil is a must. This premium high performance motor oil comes in two viscosities, 10W30 and 20W50. 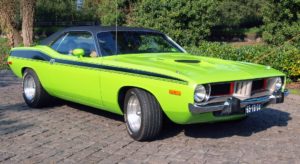 Muscle cars from the past typically have flat tappet cams. An engine oil containing enough zinc is a must to protect against premature wear.

The Power of Zinc Additives

How exactly do zinc additives work? Zinc anti-wear agents are activated when exposed to heat. In other words, in areas of increased friction which causes heat, the ZDDP additive is heat activated, thus providing the anti-wear protection. In greater detail, what happens is that as temperatures rise, and as metal surfaces come closer together,the zinc starts to decompose and the resulting chemistry from this decomposition protects the critical metal surfaces.

During engine operation, as these parts move in either a rolling or sliding motion, the moving actions take place either within or on top of the zinc anti-wear film rather than having bare metal-to-metal contact. This strong zinc anti-wear film’s job is to keep these two metal surfaces from contacting each other.

Zinc is activated when exposed to frictional heat. Certain specialized engine oils will use two types of zinc that are activated at different temperatures. The important thing is their ability to withstand extreme pressure and friction.

This strong armor-like protective film provided by zinc is especially critical in older classic engines that utilize flat tappet cam shafts. Also, any engines that have been modified to create more horsepower can benefit from zinc anti-wear film. For example, racing engines utilize high tension valve springs, which help to increase the possibility for premature cam wear, thus utilizing zinc in this application can stop any unwanted wear. 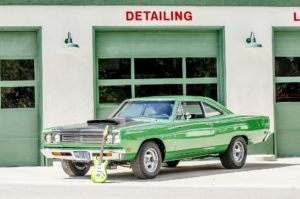 High-performance engines found in muscle cars and hot rods create a lot of extreme pressure. Zinc is the only effective additive to combat such stress.

Why Are Flat Tappet Cams More Vulnerable to Wear? 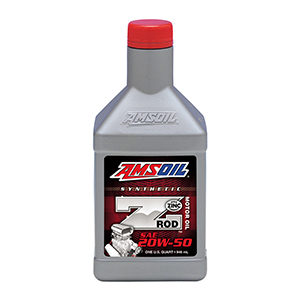 As the cam lobe rapidly slides over the flat tappet during engine operation, temperatures and friction are greatly increased. An engine oil lacking in zinc or having insufficient amounts of zinc could fail and not provide the necessary wear protection, thus causing the flat tappet cam to prematurely wear and also affect valve operation.

Remember, there is only a very thin protective oil film acting as the only barrier that is preventing the cam lobe and lifter from becoming welded together. If this were to happen, then engine efficiency and power will be reduced because the flat tappet cam is not able to lift the valve sufficiently to properly charge the combustion chamber enough for ignition or to adequately remove and release exhaust gases.

It is critical that flat tappet cams are protected from undue wear so that they can function efficiently in maintaining proper engine compression and exhaust.

During the classic muscle car era, most of the cars were V8 powered, and these engines were designed with standard flat tappet cams. These hot rod and classic car owners are especially vulnerable to any problems that could occur from using an oil without zinc or not enough ZDDP. Roller cams differentiate themselves from flat tappet cams because of the rolling contact rather than the sliding contact of flat tappets. Roller cams are more expensive and are ubiquitous to most modern vehicles. It is possible to modify their use into hot rod and classic car engines. 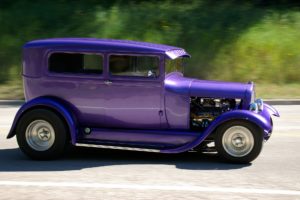 Using a modern motor oil that is blended without zinc can be problematic for older muscle cars and hot rods. Without zinc, premature wear will occur and can lead to engine failure.

It is also important to utilize AMSOIL motor oil with zinc for older cars if the desire is to improve your chances of engine longevity and to also maintain performance and horsepower. Zinc is critical for minimizing engine wear in older vehicles. 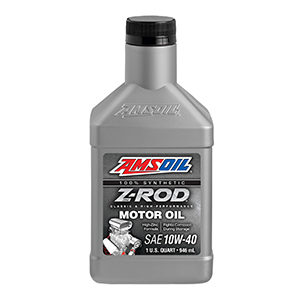 There is a constant cycle of extreme pressure during engine operation that can rupture the oil film whose job exists in preventing metal-to-metal contact and premature wear. Once this oil film were to rupture, the only barrier that is left to protect metal-to-metal contact would be the thin film of ZDDP. It is the most effective anti-wear additive and is required for older classic car and hot rod engines. 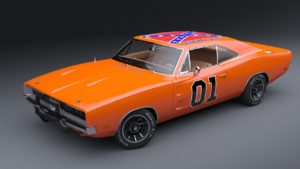 For maximum internal engine protection against wear, friction, heat, think of only using a motor oil blended with zinc in your muscle car or hot rod.